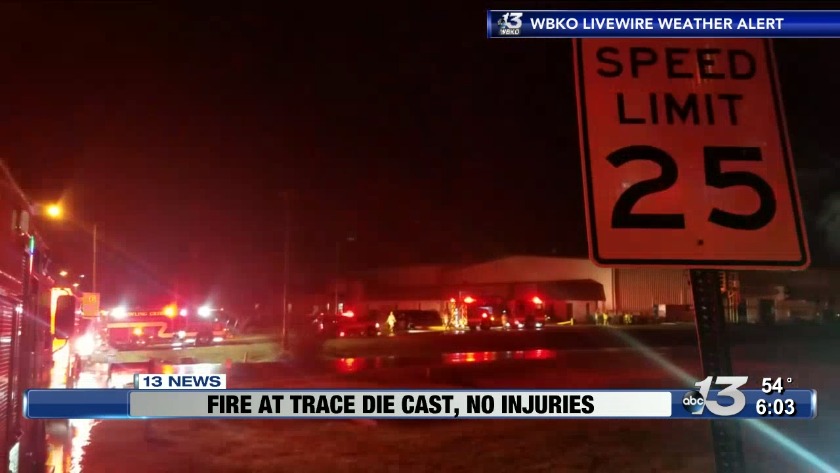 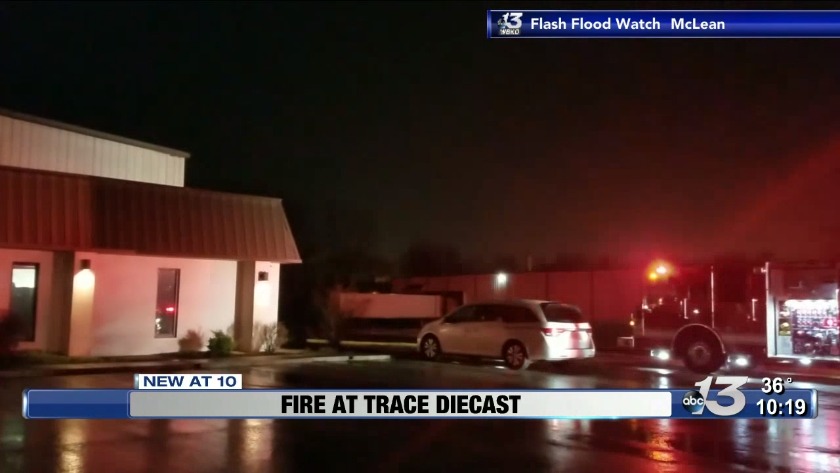 They say the call came in around 8 p.m. Officials say 8 trucks responded to the scene.

"We just had a fire above one of our production machines, and we had an initial fire team (internal), that worked on it until the Bowling Green Fire Department could be here and they came in and put it out very quickly," said Chris Guthrie, president of Trace Die Cast. "And we just really appreciate all the efforts of the first responders and from the city and just how quickly and professionally they acted."

Officials say over 50 employees were inside the building, but all were accounted for and no one was injured.

"We're just doing an investigation and see the damages, and we'll be able to be up and running in the very next few hours," said Guthrie.

The department now continues to investigate the cause of the fire.