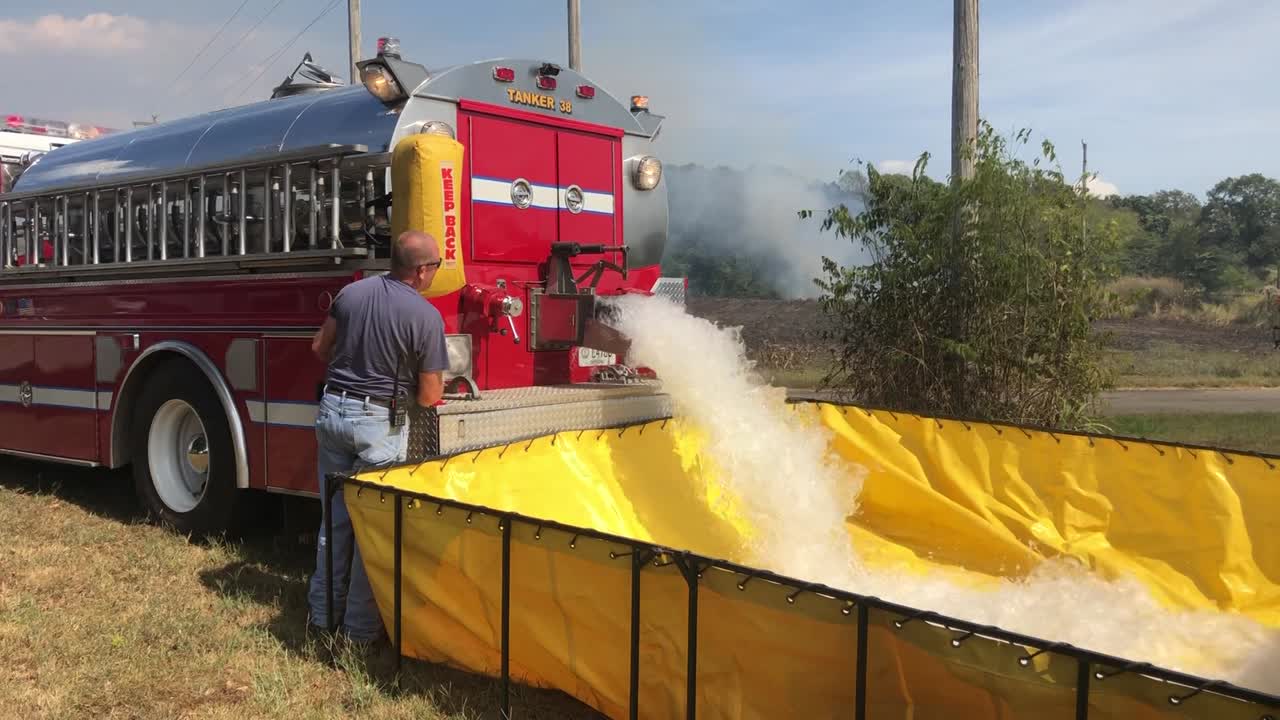 When firefighters arrived on scene they found a barn, an RV and several corn fields on fire.

To fight the fire they also had to bring in water tankers. After arriving on scene fire fighters were able to stop the fire from spreading past the corn field.

"They came in here and they all worked together in unity. They saved this mobile home, the barn across the road caught on fire and they jumped over there and saved that barn," said Ronald Riordan, Hart County Magistrate.

With a lack of rain in the past few weeks the ground was very dry and the wind made it easy for the fire to spread quickly from one side of the road to the other. Eventually destroying a 80 acre corn field.

"One of the toughest things that we had to deal with, everything is dry and there is a strong wind blowing today. So the wind had carried the fire over to the field behind us. There's a corn field about 80 acres on beyond the woods there's about two hundred acres of corn field and there was a barn that was in risk of catching on fire,"said Ricky Atwell, Hardyville Fire Chief.

The cause of the fire is still unknown. The state fire marshal sent out an arson investigator to the scene.

No one was injured or hurt in the fire.

The owner of the barn that burnt down did say the barn was sentimental to his family and they had owned it for around 100 years.

We will continue to update you as this story progresses.
__________
A fire has consumed multiple structures on 1911 Fairview Church Pascal Road in Hart County.

A witness said a barn caught fire and the fire spread to neighboring structures and also a field.

We have a reporter on scene and will update this story as more information is received.