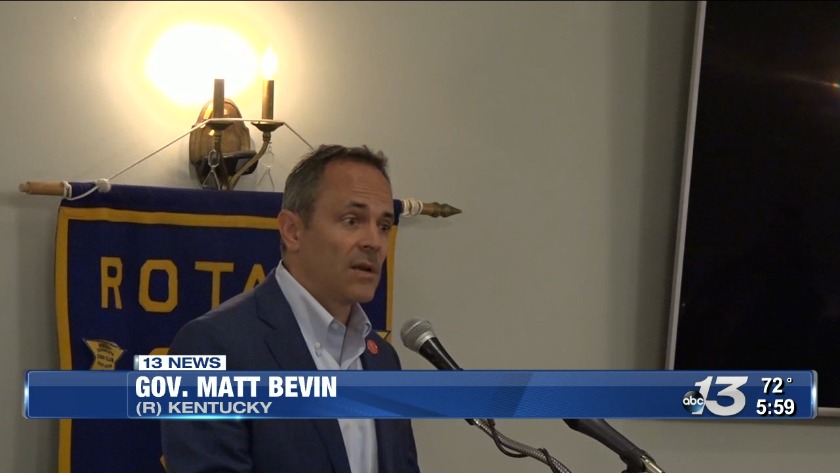 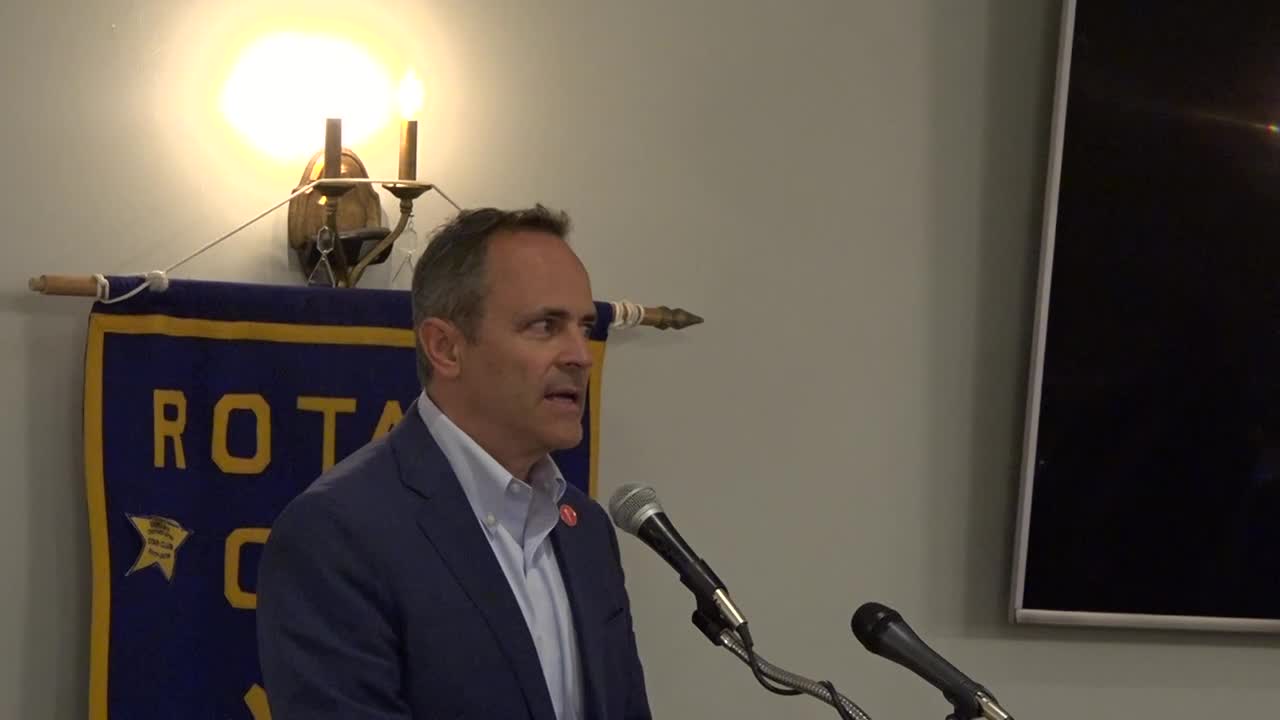 Bevin also made a large announcement at the meeting, letting those know that the city will be getting a large amount of discretionary funding to go towards expanding Beech Bend Road.

"This specific announcement is one that really came at your request. It was one that is to help widen a portion of Beech Bend Road that is from Garmin Lane all the way to the entrance to the park. So this is something that's needed to get done for a while. This is $252,500 to boot," said Governor Matt Bevin.

Governor Bevin also touched on the importance of voting in the upcoming election, which is only four weeks away.

"If people do their actual homework and don't vote for the lie -- and I say this to anybody, this is to every single potential voter -- the lies are prevalent, especially during the campaign season," said Bevin. "I would encourage people to elect men and women who don't need the job but they are willing to do the job."

Lastly Bevin also commented on the UAW strike which has been going on for the past four weeks. This past weekend, UAW and General Motors regressed in their discussions.

"Both sides have very valid points that they want to have heard and that they want to make. But at the end of the day, it comes down to what can be afforded and sometimes, if you overreach too much, you end up with less than you even had," added Bevin. "I would hate to see that happen. But all I know now is several weeks into a lot of financial suffering for a lot of communities, and final thing I'll say on it is, I hope it gets resolved soon."

Man shot in neck on Barber Way in Bowling Green

Man shot in neck on Barber Way in Bowling Green