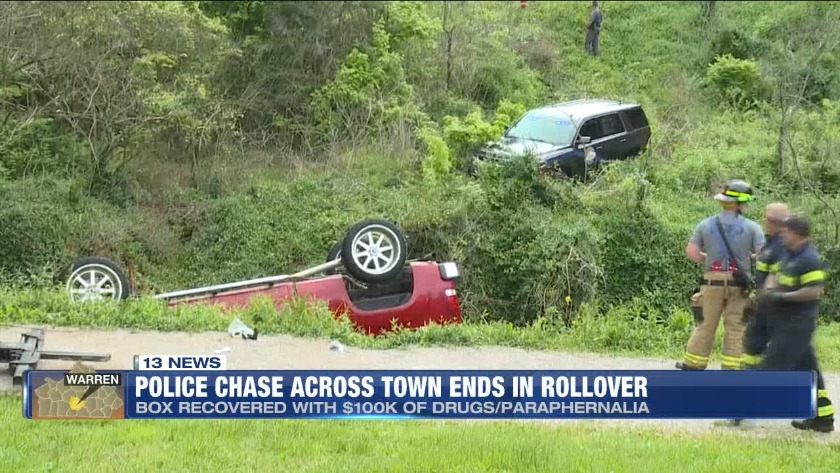 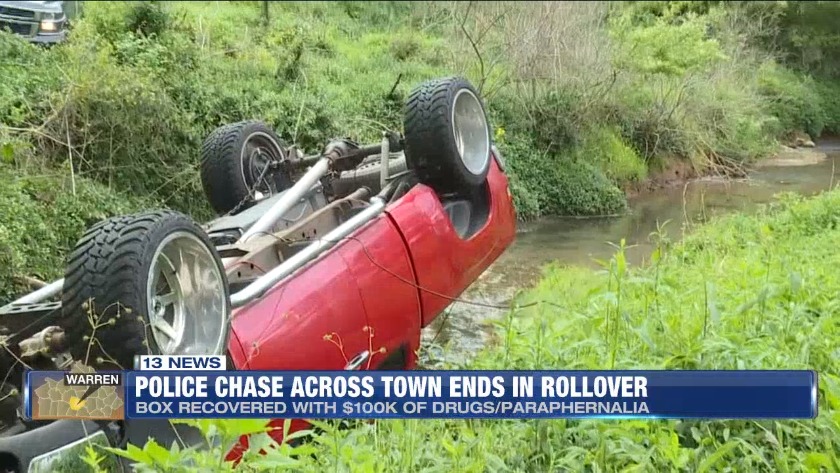 Officials have identified the suspect as 24-year-old Taron Wells of Bowling Green. Both he and the infant were taken to the Medical Center after the rollover. The infant has sustained no injuries, officials say.

Wells was released and is being booked at the Warren County Jail.

The investigation is ongoing.

According to a witness, a man was driving around with a gun hanging out the window. That man later crashed off River Tanmer Way, which is about four minutes away from Preston Miller Park.

Kentucky State Police, along with other agencies, are currently on scene.

The suspect is now in custody. We do not have a name at this time.

13 News has also learned a baby was in the vehicle and was transported by EMS but is expected to be okay.

According to Tommy Loving, Director of the Bowling Green/Warren County Drug Task Force, the suspect had marijuana that was intercepted by U.S. Postal Inspectors (pictured in pink box in image below.) Loving said the suspect had 14 pounds, which has a street value of $70,000. He said he also had 398 vape cartridges, which has a street value of around $30,000.

We have a reporter on the scene and we're working to learn more information about the chase, the crash, and the suspect involved.

We do not have any reports of injuries at this time. This story will be updated.

At least 20 inmates involved in disturbance at Metro Corrections

Dozens arrested in third night of protests in Louisville

At least 20 inmates involved in disturbance at Metro Corrections

Dozens arrested in third night of protests in Louisville