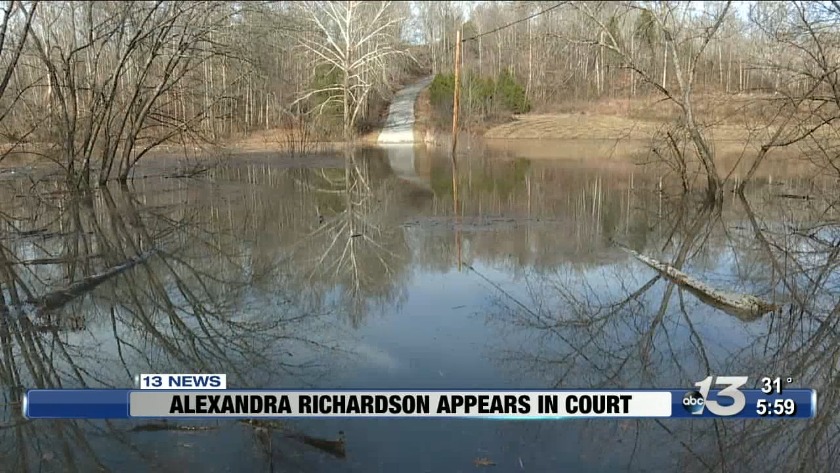 Edmonson County toddler died from asphyxiation due to near-drowning 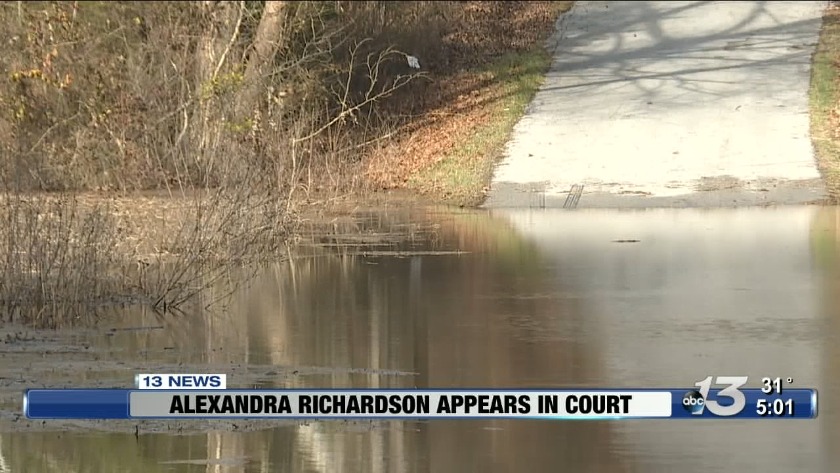 Richardson was arrested last Wednesday after an investigation by the Edmonson County Sheriff's Department into the death of Richardson's 22-month-old son, Carson McCullough.

Last Monday, Richardson drove across a flooded bridge on Oak Hill Road when her car became stuck and eventually submerged in floodwater.

Alexandra Richardson appeared in Edmonson County District Court this morning. Because she is charged with a felony the judge entered her into a not guilty plea for the murder of her 22 month of toddler. She has a preliminary hearing scheduled for this Thursday at 10am. @wbkotv pic.twitter.com/FjOFPDojqD

At the time Richardson's two children, a 7-year-old and the 22-month-old, were inside the car.

Richardson and the 7-year-old made it to safety, the toddler did not.

Edmonson County Sheriff Shane Doyle says early into their investigation there were things about the case that seemed suspicious.

"She claims it was a swift current, but there is some evidence that may indicate otherwise," said Doyle. "The story she gave us on the day she was arrested was saying that there was no [road closed] sign up, but we have video evidence that there was a sign up just minutes after she went into the water."

In court, District Court Judge J.B. Hines appointed Richardson an attorney and entered her into a not guilty plea because she is charged with a felony and she cannot plead guilty to a felony in district court.

Sheriff Doyle says a preliminary report by the medical examiner's office in Tennessee rules the toddler died from asphyxiation due to near-drowning.

Officials say Richardson admitted to recently using methamphetamine and marijuana before driving across the bridge and medical records confirmed the presence of meth and marijuana in her blood at the time she arrived at the hospital.

Doyle says there is a possibility she could face more charges, including wanton endangerment for the first responders who went into the floodwater to rescue the baby.

Monday evening Edmonson County officials met to discuss ways to increase safety at this bridge and other bridges that are prone to flooding in the county. Sheriff Doyle says all county officials are on board with doing something and are currently looking into installing a locked gate at these flood-prone bridges in the county.

Richardson is scheduled to appear in court again Thursday morning at 10 a.m. for a preliminary hearing.

Take a look inside as renovations are underway at Helm Library

Take a look inside as renovations are underway at Helm Library