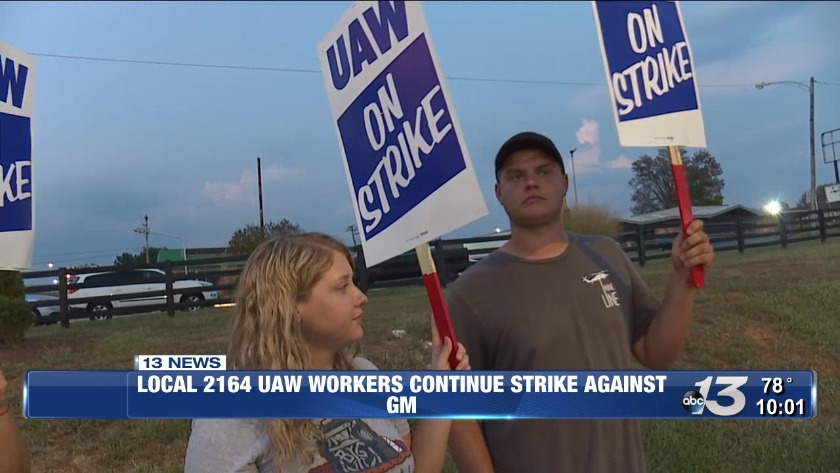 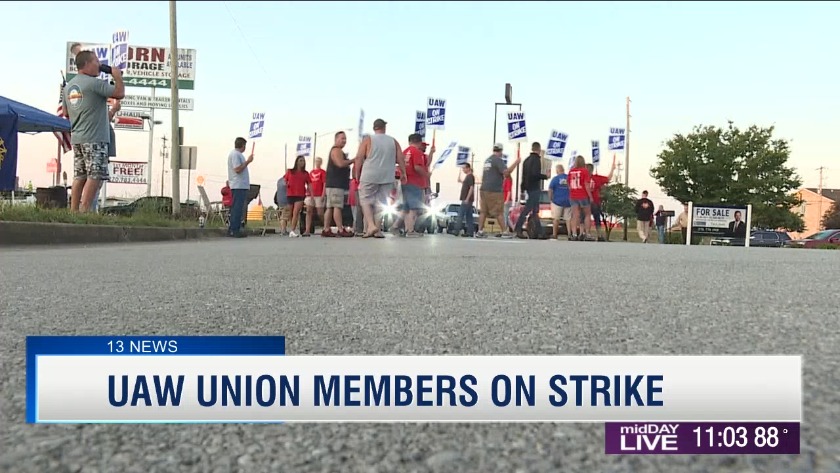 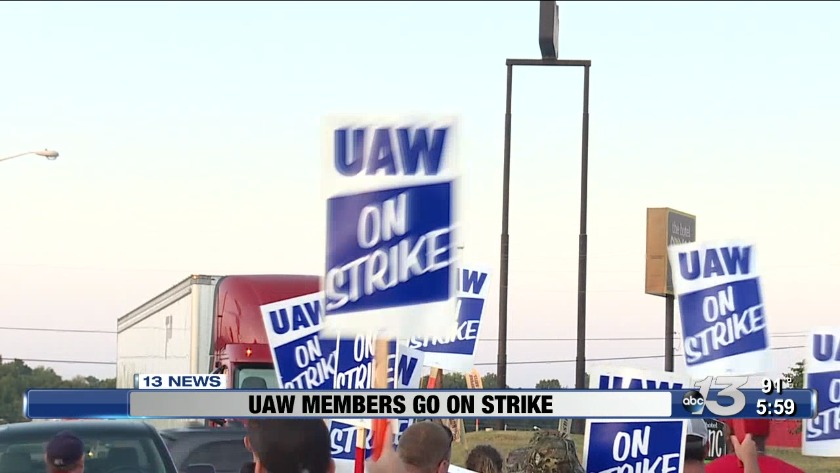 BOWLING GREEN, Ky. (WBKO) -- As of 10:59 p.m central time United Automobile Workers is on strike and members from local post 2164 are currently picketing in multiple areas around Corvette Plant.

Just before midnight Sunday, the contract between GM and UAW expired, leading employees to strike until resolutions are made. Union leaders have said the two sides differ on many key issues, including wages, healthcare, and providing temporary hires a pathway to permanent employment.

"Unfortunately, for many plants, they have had employees there that are temporary in nature for years on end," said Local 2164 Bargaining Chairman, Jason Watson. "We see that as an issue that the company is failing to address and not giving them a permanent path to a permanent job."

This is the first strike against General Motors since 2007.

The strike goes beyond Bowling Green, with an estimated 50,000 employees and more than 30 plants across the nation on strike.

Production is expected to come to a halt until a new contract is agreed upon.

General Motors reported a more than 11 billion profit in 2018. Union members believe employees should see improvements to their contracts as the company grows.

"Having a reasonable expectation that whenever you're doing well, as this company is doing very well, and when they prosper then their employees should prosper," said Local 2164 President, Jack Bowers. "To a degree, I know they still have to make money and be profitable, but there is a line and I think the line, we're not even close to the line."

Officials said union members make a small paycheck while on strike, but are hopeful negotiations result in new contracts sooner rather than later.

13 News will continue to monitor this situation and bring updates as they become available.

TMMK shutting down for Saturday, Monday and Tuesday

2020 Corvette C8's are available for deposits and down payments

LifeSkills in Bowling Green gets $490,000 for Telehealth Upgrades in 18 counties

TMMK shutting down for Saturday, Monday and Tuesday

2020 Corvette C8's are available for deposits and down payments