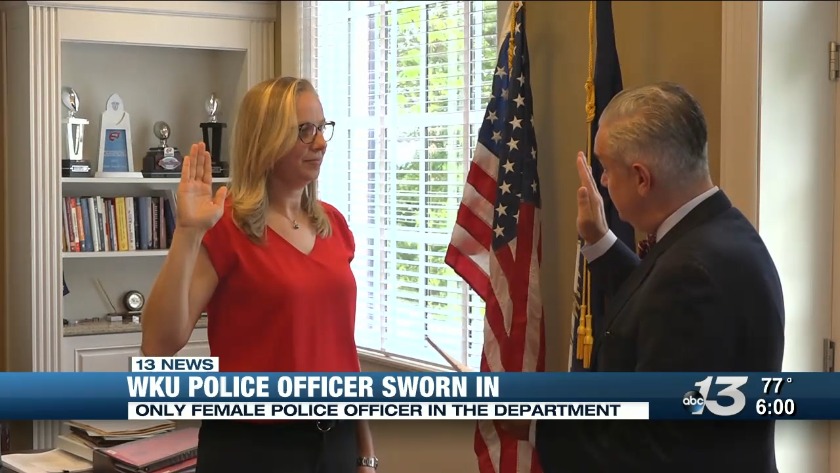 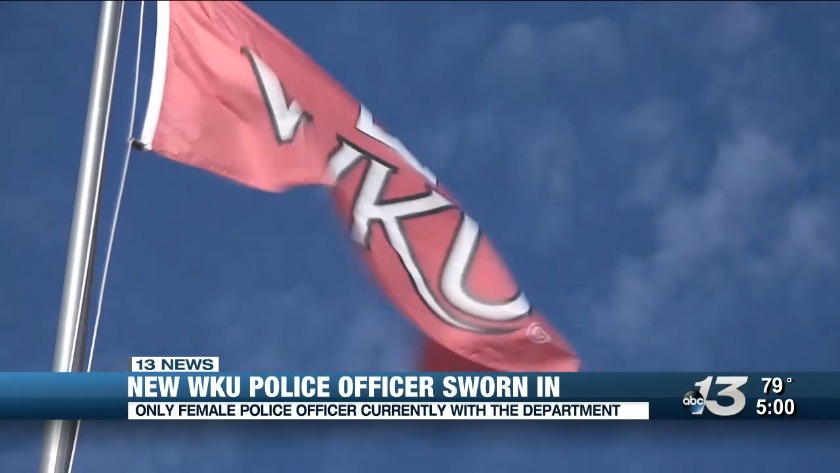 Melissa Bailey took her oath inside President Caboni's office on campus surrounded by family, friends, and fellow officers. She is currently the only female police officer at WKU.

Officer Bailey said she feels like this job is a great opportunity.

"Anything that I've ever chose to do in life, I've never looked at it as being a female or getting further or something like that. If it's something that I want to do or have wanted to do, I'll work hard to get there," she said.

Bailey worked for around a decade at the Bowling Green Police Department before accepting this position at WKU.

"The last four years of my career at Bowling Green I spent in Criminal Investigations Division so we worked all felony cases ranging from felony thefts to homicides and including child abuse cases," she explained.

Bailey left her job at BGPD in 2016 to focus on her family.

"The long hours, being on call a lot -- that was really difficult with two small kids at the time," she explained.

But now, she's ready to get back into policing, and she said she didn't apply anywhere else other than WKU, knowing if she got the job, this would be the right fit for her.

"Melissa is an excellent police officer who has a heart for service of this community. We're just excited she decided to come back home to WKU and serve the WKU community," said Mitchell Walker, Chief of Police at WKU.

Chief Walker said the diversity that Officer Bailey is adding to the force is something that's needed within the department.

"She has a lot to offer with her experience and with her interviewing skills that she has, and so we're certainly blessed to have her," he said.

"Just because you're a female doesn't mean you can not be a police officer. Especially this day and age, and in this society, females are doing great things. We can do any job we want to, male or female, it doesn't matter. Any career path that you want to take on, go for it," added Bailey.

According to the police department, within the last 15 years, WKU has sworn in six female officers (including Bailey). Right now, Bailey is the only female police officer currently with the department.